MARCOS, an eye-opener, a paradigm shift and the start of something new. 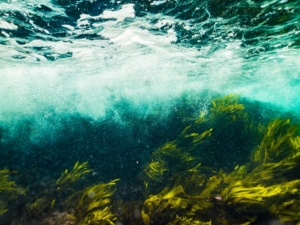 To be totally honest, until about five months ago, aquaculture didn’t really feel like my cup of tea. Being a typical product of my engineering background, my first reaction was one of scepticism, followed by a huge sigh “uh, biology” and another “if I really have to”. Nonetheless, having freshly accepted my first real job and really wanting to make it work, I decided to give it a go. Looking back five months later, I don’t regret it one bit as I learned a lot, not in the least foregoing my narrow-sightedness every now and then, and actually had a lot of fun in the process. So, in that sense, MARCOS was an eye-opener and, ultimately, led to a paradigm shift. MARCOS was and is the start of something new.

Coming right out of academia, aquaculture is definitely not an obvious choice for a first industry project. Although, one of my drivers in pursuing a PhD in wave-structure interaction was to stimulate sustainable harvesting of our seas’ great (wind) energy potential, ecological considerations had always felt to prevent me from doing so. It had never occurred to me that it could actually be a strong ally in tackling societal challenges such as the ones related to food supply and coastal resilience. Nor, did I have the faintest clue. So, being a good academic, I started my journey with a healthy portion of curiosity and the obligatory literature study (in contemporary times aka Google).

First thing, I looked into the potential of aquaculture to feed the world’s populace. Aiming for sustainability, it quickly became clear that the focus should definitely be on extractive species, i.e. species that take their nutrients from the sea and as such have a purifying effect on the environment. Molluscs, such as oysters and mussels, are the obvious ones when people think about aquaculture. (I, myself, rejoice when mussel season arrives.) However, mussels supplying sufficient food for all? Not likely. Seaweed then? Possibly, but however popular seaweed-based cuisine might be in Asia, I cannot imagine most Europeans exchanging their “half a plate of meat, half a plate of potatoes”-diet for “nori”- and “kombu”-based experiments. (A small price I pay for living with a foodie.) Applying a more holistic view, however, seaweed can provide a more sustainable food source, as it can be used to (partly) replace the soy used in animal feed and as such could render our habitual diet more sustainable. In this sense, seaweed could provide more (and sustainable) food and at the same time preserve the precious rainforests we need in tackling climate change.

Secondly, I came across a probably much lesser-known benefit of aquaculture: aquaculture as an ally in protecting our shores from storms and preventing erosion. In warmer areas, such as the Mediterranean, sea grasses growing in shallow water are known to effectively dampen the waves coming onto shore. They provide friction to the wave-induced water motion and as such provide a means of dampening. Lab results are also available showing the vegetation to retain the soil and as such preventing erosion, due to the sheltering effect the vegetation has on the wave-induced water velocities experienced by the soil. Keeping in mind our Belgian efforts in almost literally “carrying sand to the sea”, i.e. the yearly beach nourishments, aquaculture could play a complementary role in building healthy and resilient coastlines.

Sticking to my last, I was understandably intrigued by the latter (in fact, I still am): aquaculture as a nature-based solution towards more resilient coastlines. Could this be applied for our Belgian coast? If so, in what form? And, how to assess such structures? Answering these questions requires a change in mindset; instead of fighting the environment in implementing a solution, by making my structure survive in the typically harsh offshore conditions, I now had to make peace with what is and adapt accordingly.

As often is, some of the most valuable sources of information about the “what is” are the people in the field. At the very beginning of the MARCOS project, a fisherman, who knows the area well and who assists in diving expeditions, told us that the sea bottom in front of our coast is “naturally” barren, due to the intensive marine activities of the last centuries, destroying vegetation as well as fishes’ breeding grounds. Plainly said, our coast resembles an underwater desert. So, no seagrasses, nor seaweed to work with… Exit designing with nature at our Belgian coast? I don’t believe so. Applying (horizontal) seaweed farms, the lack of seafloor vegetation can be circumvented. Seaweed farms actually bring some added benefits to the biodiversity as well as they remediate some of the limits related to fixed beds of vegetation in shallow water. In doing so, the seaweed farm creates a suspended artificial seabed that can serve to dampen out waves, while allowing to be installed further offshore.

Remains the question, if large scale offshore aquaculture could be adopted at our Belgian coast, in terms of the loads such a structure has to survive as well as its impact on wave attenuation. Although the Belgian coast is generally not that harsh in terms of waves, it does experience yearly winter storms and fast tidal current. In addition, a lot of soil particles are suspended in the water, which explains our sea’s typically brown/grey colour compared to e.g. the clear Mediterranean. The species considered need light, which penetrates only limited into the water. This implies that seafarms have to be suspended fairly close to the water surface, which makes them vulnerable to a typical winter storm, while at the same time enhancing potential for wave attenuation. Tidal current can be an ally in transporting nutrients towards the farm, however it also puts continuous stress on the structure. Provided the species has known no better during its lifetime, it adapts more brilliantly to our winter storms than do our manmade seafarm structures.

Numerically assessing such structures is especially challenging; I could in no sense capture the full complexity of problem, neither for the seaweed farm, nor for the mussel lines. Although, I tried. I did start with detailed computational fluid dynamics (CFD) modelling of one or two seaweed blades. However, considering the fact that there will be a package of these, with different lengths and different shielding of each other, that wouldn’t have brought me anywhere. Modelling the canopy then? Still too complex/demanding for my program, as it is near to impossible to take along the waving and alignment of the blades (as a package) in the wave-current flow. In the end, fully realizing the limitations, I ended up modelling the suspended artificial seabed as a fixed porous zone with statistically equivalent properties. Results did indeed show the deformation of the flow over the bed and wave attenuation. However, depending on the equivalent parameters chosen, these results lead to underestimations for wave attenuation and a good news show in terms of erosion/damage happening at the artificial bed. This is due to the lack of deformation of the vegetation due to combined wave-current induced effects, which limits the penetration of the fluid flow into the bed. Still, it did give a first idea. However, it does not allow me to say much about the load experienced by the seaweed farm. Modelling of the mussel farm ended up to be somewhat easier, as it could be done by a relatively simple in-house adapted anchoring line solver, including wave-structure interaction for the buoys. Nevertheless, estimating the hydrodynamic loads requires coefficients to be calibrated, which can only be determined in-situ.

MARCOS, the start of something new.

Although from the outset, the MARCOS project was only meant as a feasibility study, I feel that it allowed HAEDES to become a serious partner for the aquaculture industry. Not only did we gain insight into the challenges at hand, we developed tools to assess such structures as well as took the first steps towards modelling their impact on coastal dynamics. Moreover, we are more than ever convinced that building with nature should be play a key part in addressing coastal engineering challenges to come.

More of a philosophical nature, MARCOS also made us question some of the long-standing offshore engineering’s and fishing industry’s sacred cows, from which large-scale offshore aquaculture derives most of its practices. Does the structure really need to be so robust that it remains standing for many years, while some components might really only need to survive for one season? And building on that, could we reduce material use and/or exchange possibly damaging materials, i.e. the use of polyethylene ropes, for more environmentally friendly alternatives?

As a result, I don’t want MARCOS to be the end of our R&D-related endeavours in aquaculture. As aforementioned, a lot of questions still need to be addressed and I’m dying to answer them. In order to do so, I believe the first thing up should be getting the chance to exchange my desk for the field, to measure and really observe what happens in order to improve understanding and better describe and estimate the loads as well as the hydrodynamical impact of such structures through numerical modelling.

On a personal note; I embarked on this adventure with serious cold feet, and ended up totally smitten by the project. The money granted by VLAIO through MARCOS not only granted me the chance to work on a very interesting and socially relevant project, it also allowed HAEDES to hire me and introduce me into their team. Through MARCOS, I could gradually transition into industry, while still retaining some of my homely academic comforts of independence and R&D, and find my place amongst likeminded – and equally crazy, I might add – colleagues.